I’ve said frequently that one of the advantages of living in a 150-year old house is that people knock on your door and tell you they used to live in it. Through these visits, we’ve learned of many of the iterations of the house at 244 North Main Street now known as A Butler’s Manor. 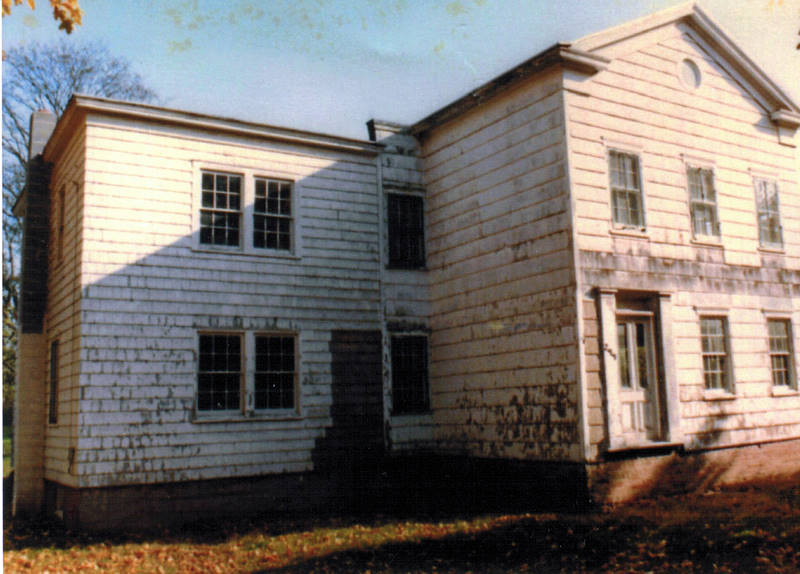 Late last fall, we had another one of those visits. Mike Spencer and his wife Jodi from Upstate NY were passing through, and came to the door late in the afternoon. Mike’s uncle had owned the house when he was a child, and he remembered helping to lay our iconic brick floor back in the early 1970’s when he was ten years old. His family, as it turned out, was responsible for many of the changes we have marvelled at hearing about. A few weeks later, Mike and Jodi sent us a wonderful Christmas surprise: a packet of snapshots taken during the renovation. They couldn’t know how much it means to Chris and me to have access to such history. I plan to share some of these discoveries over the next few weeks, in hopes that others find it as fascinating as we do.

We are blessed to have — as a baseline, if you will — information on the house’s origins provided by our next door neighbor, Glena Jagger, whose grandfather built the house in 1860. Glena still lives on the balance of the original Jagger property just north of us. Her ancestors were early settlers in Southampton, originally tanners, later farmers, and she has ledgers dating back 350 years detailing accounts of their trade. It will make a neat addition to the Southampton Historical Museum’s archives some day.
One thing we learned from Glena is that at one stage ours was a three-family home. Visible in the top picture is where a second front entrance once existed, entering into what is now our dining room. The second photo shows work in progress, where the door has been removed and the outside wall shingled. Also, the dark line above the front door is evidence of the removal of an original covered porch. Note the brick stairs into our house are not yet there.

Another thing we were thrilled to see in the photo was evidence of the original barn which sits on Glena’s side of the property. The barn was decrepit back then, and apparently was either knocked down or removed…but the existing basement and foundations still remain, and are visible from the north side of our garden. Today, there are half a dozen full-sized trees growing out of the bottom of that basement. Amazing how fast Nature reclaims her own!